On the men’s final, BUPA Luxol’s coach John Tabone said that the team is still undergoing its preparation for the season and stated ‘we have new players and these need some more time to understand and accustom themselves to play the Luxol style of basketball’.

However Tabone believes that he has a balanced pool of players and is still confident that his team will be good enough to life the first trophy of the season. On his present squad, he commented, ‘the return of Dirk Schembri and Nicola Vasovic should help us improve our depth whilst William Ahlberg is to lead the team’s tempo. Marco Mercieca will be the team’s captain again together with our youngsters who have increased their experience playing top basketball, Jean Paul Schembri, Stefan Cappello, CJ Cordina as well as the exciting and youngest of the lot Keith Dimech.’

The reigning champions’ import player is the American centre Kyle Meyer (208cm, 24 years) coming off his senior year with the Houston Cougars in the NCAA and who will fill the void left by Samuel Deguara, presently featuring in showcase tournaments in China after playing in Thailand. The new look Hibernians side, winners of the BOV Knock-Out last season, are now led by coach Mario Tabone and will be seeking a positive season

Tabone, who experienced numerous success as a player with the same club in the eighties, said ‘it is a pleasure for me to formagain part of this club and I am hoping that the club’s triumphs and victories of the past can be repeated. We are all excited for this new season and look forward to start off the season with the Super Cup final.’

The Hibs’ squad was strengthened with the signing of guard Roderick Vella from Gzira Athleta and centre Anton Axiaq, ex-Floriana. Their import player will be Canadian Chad Patus now in his fifth season in Malta after consecutive 2 year spells with Gzira Athleta and Floriana.

Tabone said that he is happy with the squad so far and said ‘it is gradually shaping up and I am hoping we can also prove our worth on Sunday.’ 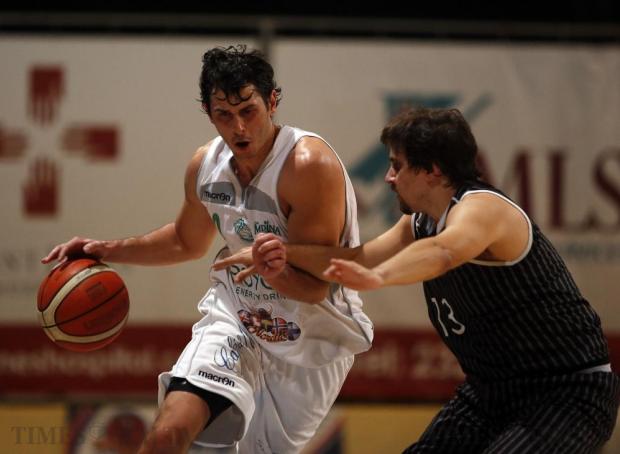 Champions Luxol are now coached by German Chris Stolph and have some major changes including the departure of Stephanie Demartino to Depiro. Stolph is aware he has a young team and said that the squad has not had an optimal preseason phase due to some injuries. ‘Once all the players are back, we need to progress and try to reach our main aim this season, to reach the play-offs’ stated Stolph earleir this week. On this week’s final he continued ‘I expect  my girls to play to the best of their potential and try for the win even though Gzira Athleta start as favourites as they have a more matured team.’

Ruth Spiteri, again at the helm of the Athleta girls, stated that the Super Cup final might offer surprises from both finalists, ‘both teams lost key players and the result might be open. What is possibly our main advantage is that we have the return of Amelia Simmons as our import. Now in her third season with us, she needs no time to fit in’. Luxol’s import is 23 year old 6’2 forward Ashanti Plummer coming off her senior year at Texas A&M Corpus Christi in the NCAA.

In between the two finals, there will be the presentation of the 2016/2017 BOV Players of the Year Awards.